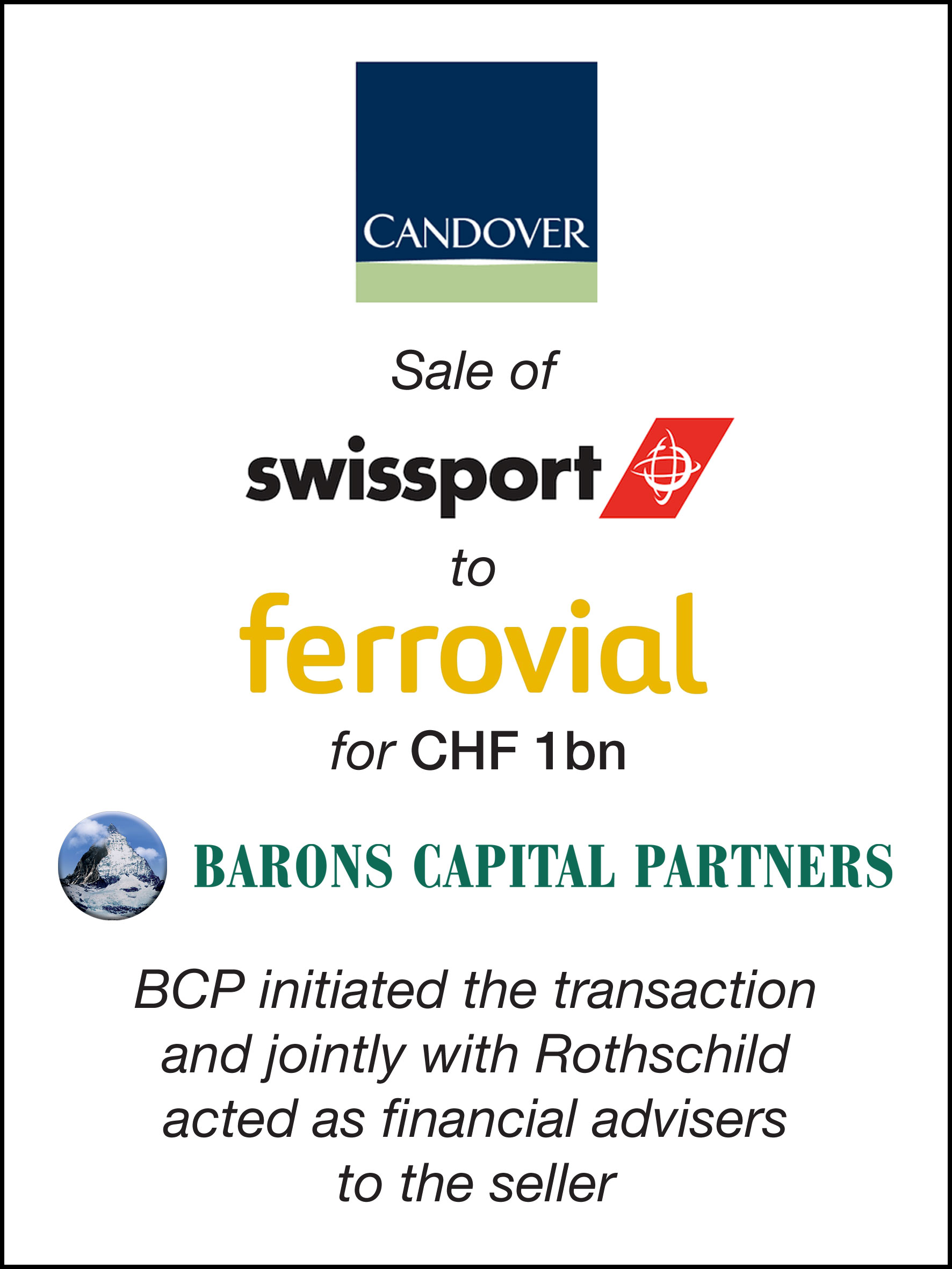 Acted as joint lead adviser to UK based Candover on its sale of Switzerland based Swissport to the Spanish public company Ferrovial Servicios SA for an enterprise value of CHF 1 billion. BCP jointly initiated the transaction and advised on all aspects of the transaction, including the sale process by way of an auction between selected parties. The transaction is one of the largest European Aviation Services transactions and reflects our extensive experience and track record in maximising value for our clients.

Headquartered in Switzerland, Swissport is a global leader in aviation services, providing ground and cargo handling and ancillary value-added services to the world’s airlines.

Having held the company for four years, the leading UK private equity house Candover appointed Barons Capital Partners as lead adviser on the sale (co-advised by Alpha Corporate of Spain and Rothschild). The prevailing view at the time of our appointment was that an optimal exit would be achieved through an Initial Public Offering (IPO).

However, based on our understanding of the sector and the dynamics of the market at the time, we conceived and developed the idea of achieving exit by a sale to a Spanish construction company.  After a full competitive auction process, Swissport was eventually sold to Ferrovial Servicios SA, the well-known leading Spanish industrial group.